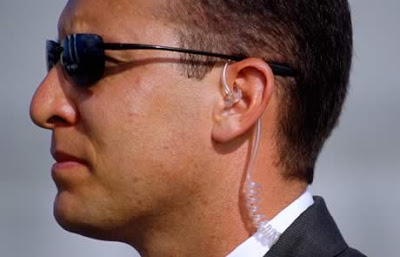 When Dr. Martin Luther King, Jr. was assassinated in 1968, the FBI applauded when they heard the news at their Atlanta headquarters.
When Jesse Jackson ran for President in the late '80s, he was campaigning in America's heartland talking about the problems that farmers faced in their day to day lives. A reporter observed a couple of said farmers nodding their heads in agreement at what he was saying, and telling each other that he did, in fact, make sense. When the reporter approached them and asked if they'd vote for him, they once again turned to themselves and laughingly retorted, "A nigger!?"
.
I was reminded of the above when reading the following concerning the Secret Service- those assigned to protect Mr. Obama...
Posted by Stan B. at 12:01 AM