No- it's anything but a law firm! Just three individuals loosely involved in a somewhat aborted and partially redeemed foray into Berkeley one evening- which started out on a quest to hear Joe Sacco speak at a local bookstore. Unfortunately, when I arrived in Berkeley, I soon discovered that said bookstore was not anywhere near the immediate town hub and that Stan would have to engage a bus to get there. Already running late, I decided to abort. Incredibly, I looked to my side, and behold- an exhibition by Sebastian Salgado. Now, I had seen his work several times before, but these were the largest prints I'd ever seen of his work, some of these measuring 35x53in, and they were digital- and gorgeous! And it was quite revealing to see how this size differential affected his work when no longer reduced, limited and restricted to the confines of the printed page. At these monumental sizes, his work was free to take on and more fully express the epic themes and grandeur that his photographs so readily portray and encompass! 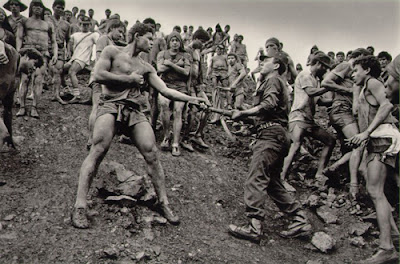 Then on my way home, I came upon another bookstore where I found a delightful little photo book by Nick Muellner entitled Moscow Plastic Arts. It has the world's worst reproductions printed on what looks like prematurely aged and yellowed paper that all somehow works in its favor to make one endearing little package. Curiously, the online reproductions are of considerably higher quality- a good thing, I suppose. 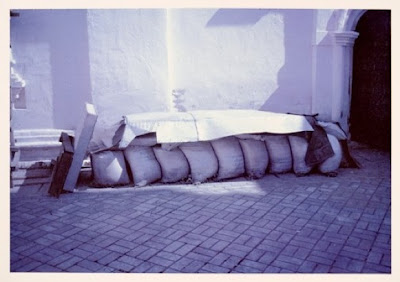 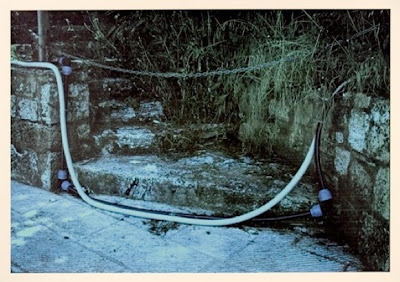 And although I never got to hear Joe Sacco speak about his new book Footnotes In Gaza, I did find the video below. For those not familiar with his work, Sacco is an exceptional journalist and graphic novelist. He does painstaking field research into what he writes and draws, so that his work includes the little details and histories that are so often excluded by both camera lens and news print. The end result is a much better feel for the place, the people, and ultimately the experience they have shared with him and passed on to you ...
Posted by Stan B. at 12:10 AM